Von is a native of Moorhead, MS, in Sunflower County. He joined the Institute to develop and coordinate youth programs as Youth Engagement Coordinator. He attended the University of Mississippi, where he was a student leader and helped organize the first Statewide Student Summit on Race. He served as a founding board member of the Winter Institute and the only student representative.

Von believes in building deep relationships and creating transformation and movement towards belonging and justice for communities, organizations, and individuals.

He is a member of the W.K. Kellogg Foundation’s Community Leadership Network. He serves on the board of directors of Operation Shoestring and supports the work of the Mississippi Afterschool Network.  He also serves on the Community Advisory Councils of the University of Mississippi Medical Center and the Junior League of Jackson.

Von previously worked in leadership and business development in the food and beverage industries.

He and his family now reside in Jackson, Mississippi, stewards of Choctaw land.

A native of Rolling Fork, MS, April was Documentary Educator at the Institute from 2005 through 2008. She has led community oral history and documentary projects in Philadelphia, McComb, Tallahatchie County, and other communities.

Her oral history project on the integration of the University of Mississippi School of Law and Medical School, in conjunction with Kate Medley, won the Mississippi Historical Society’s Oral History award. She has a Master of Fine Arts in Film from San Francisco Art Institute. Her short films have shown in film festivals, galleries, and museums in the United States, Canada, Europe, Africa, and South America. As a teenager, she was an avid waterskier.

Jacqueline is a civil rights veteran from McComb, MS, and serves as the community liaison for the Civil Rights/Labor History curriculum development project at McComb School District. She has served as civil rights tour guide for high school and college students, as well as teachers and other interested citizens.

Jackie has organized many of McComb’s civil rights tours and commemorations, especially those honoring local civil rights veterans. She joined the Institute as a Community Building Manager and participates in intergenerational community work in Mississippi. She has a B.S. in Business Administration from Belhaven University and is a certified Training Professional through the WLPI at the University of Southern Mississippi. Jackie enjoys mystery novels and western movies.

Jennifer was born and raised in the Mississippi Delta. The time spent in this area deeply shaped who she is as a resident of the state of Mississippi, the United States and the world.

Jennifer received her degree in social services from Belhaven University in Jackson, Mississippi, and had an extended career in the the faith community. She has a background in early childhood education, spiritual development, and team building. Jennifer is passionate about allowing every person to have their worth and value appreciated and recognized.

As a mother and community member she strives to make the world a better place. Jennifer is also an avid reader and “Law and Order” connoisseur. 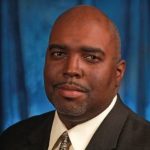 He believes that education can be the key to human flourishing and has committed his life’s work for cultivating educational equity in communities around Mississippi.

He has a BA in Sociology from the University of Memphis with graduate studies in Sociology and
Education at the University of Missouri-Columbia. He is completing a MPPA in Public Administration and
Policy from Jackson State University. With years of work experience in educational administration and
policy with the Mississippi Department of Education, he brings a wealth of experience and insight to the
work of the Alluvial Collective. As a husband, father of two, and an active community member, he is passionate about issues of equity and access to opportunities for more groups of people in Mississippi.