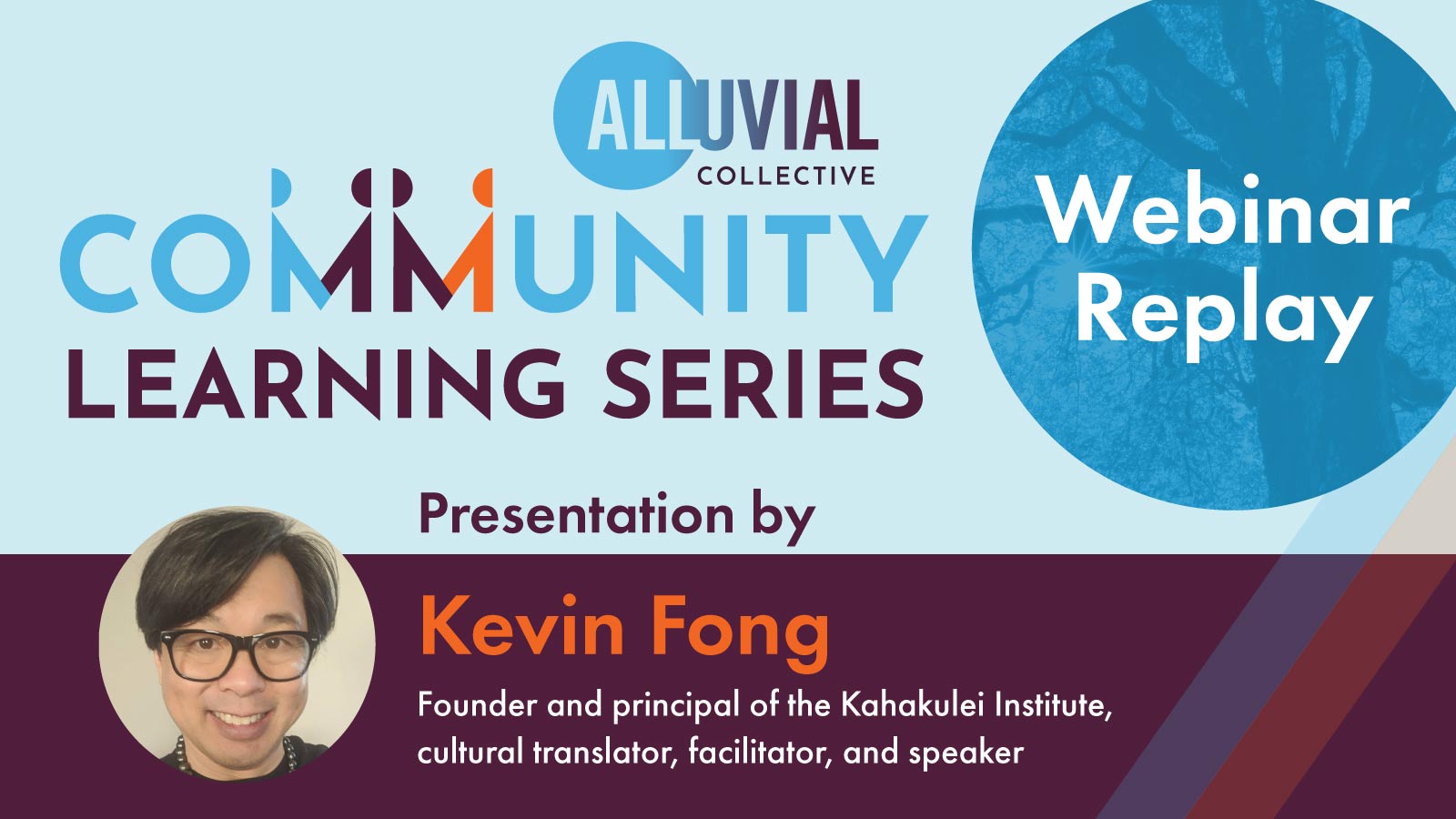 Watch the replay of the May 10, 2022 webinar featuring Kevin Fong

Kevin Kahakula’akea John Fong discusses the 80th anniversary of Executive Order 9066, the 140th anniversary of the Chinese Exclusion Act, AAPI Heritage month, and the lived experiences of Asian Americans in the United States.

Fong is a respected and nationally recognized cultural translator, trainer, and speaker, and has written at length about racial healing and transformative justice.

He has also facilitated community healing circles across the country through his initiative the Kahakulei Institute. His knowledge, insight, and expertise will bring a unique and insightful discussion about history, community, and racial equity.

Kevin Kahakula’akea John Fong is a nationally recognized cultural translator, facilitator, and speaker in transformative justice, leadership development, and organizational design. Kevin is the founder and principal of the Kahakulei Institute, whose mission is to weave people and possibilities to cultivate healthy, equitable, and beloved communities.

Prior to developing his practice, Kevin worked in the private sector for five years. Kevin later moved to the non-profit sector as the Founder and Director of the Clinical HIV Program and Teen Clinic at Asian Health Services in Oakland, CA. In recent years, Kevin has been called to facilitate community healing circles around the country.

Kevin is a faculty member of the UCSF Center for Health Professions, the New Leadership Academy at the University of Utah. Kevin’s teachers include Grace Lee Boggs, Aunty Puanani Burgess, Mama Lila Cabbil, Kumu Hula Robert Cazimero, Ms. Jacqueline Martin, John A. Powell, and Maestro Jerry Tello. A graduate of the University of California at Berkeley, Kevin resides on the traditional land of the Ohlone People, aka the Mission District, San Francisco.

This Month’s Book Focuses on Same-Sex Couples in Mississippi