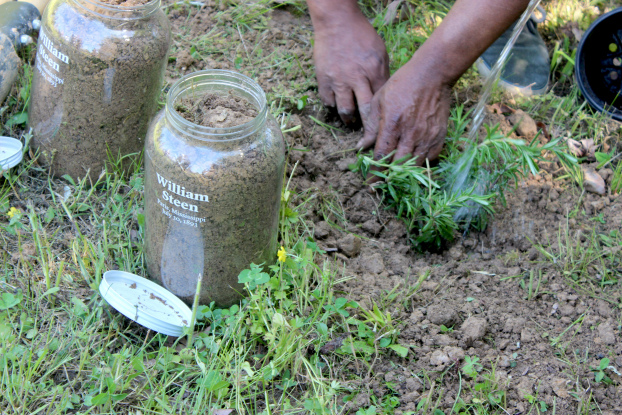 The Winter Institute supports the Lafayette Community Remembrance Project, which brings a wider awareness of the history of lynching in this area of Mississippi. The Oxford Eagle covered a remembrance event the Institute hosted this month:

A group of around 40 people gathered in Banner, Miss., over the weekend to honor the memory of a man lynched in Lafayette County.

The William Winter Institute for Racial Reconciliation hosted the event in remembrance of William Steen, an African-American man lynched by a mob of white men in Paris, Miss., in 1893. The institute, with researcher Antonio Tarrell, chose Banner due to its location near the Steen family cemetery.  …

April Grayson, a director at the institute, also announced plans to place a plaque with the names of all seven lynching victims on the east side of the Oxford Courthouse lawn. They hope to host the event on September 25.

Read the full article at The Oxford Eagle.

Faith and Advocacy: A Discussion with Sam Heath

This Month’s Book Focuses on Same-Sex Couples in Mississippi