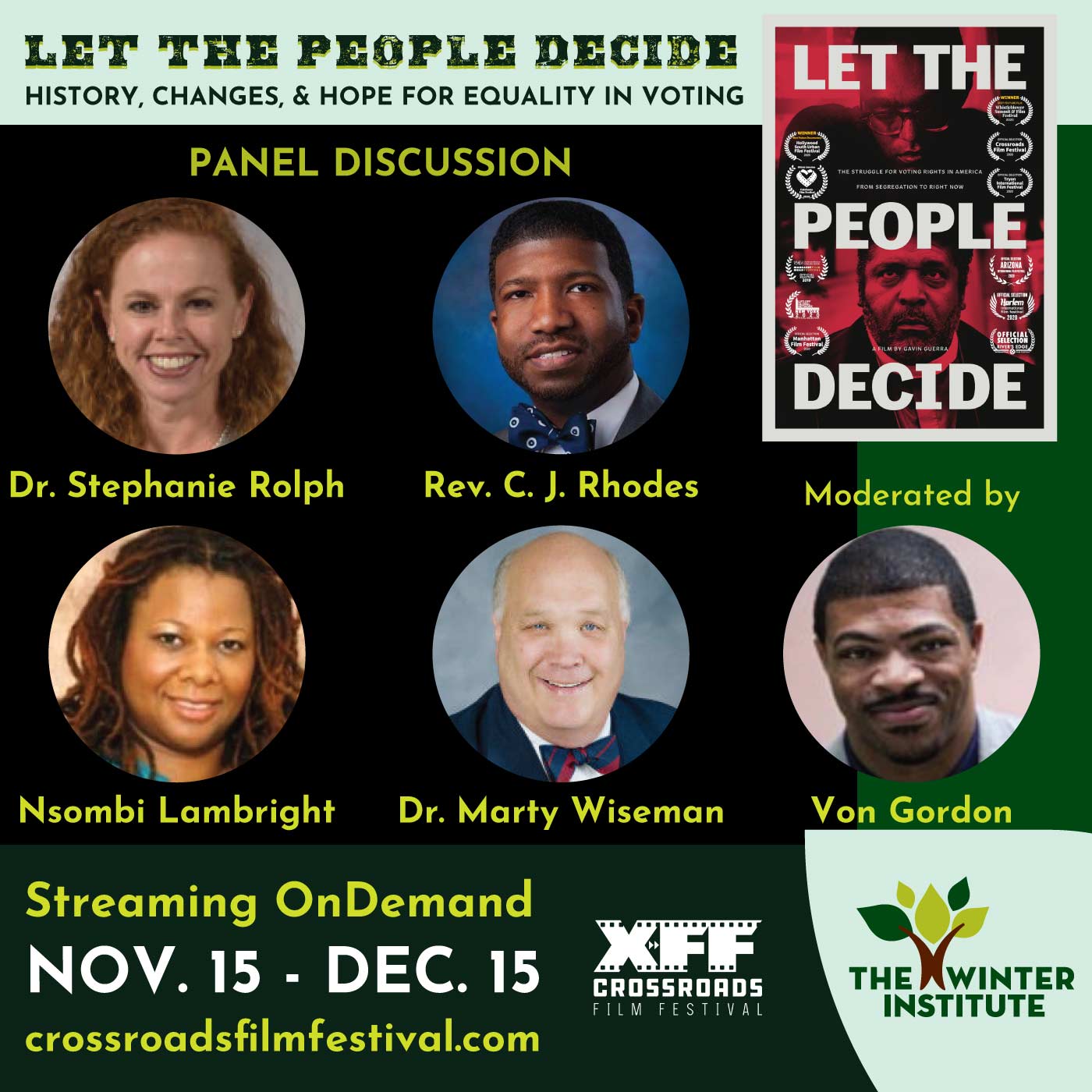 Stream our panel discussion
in response to Let the People Decide,
a film by Gavin Guerra

Join us virtually on demand for a dialogue about voting: history, changes, and how more Mississippians can get and exercise the right to vote.

Dr. Stephanie Rolph is Associate Professor in the history department at Millsaps College in Jackson, Mississippi.

Dr. Rolph earned her PhD from Mississippi State University in 2009, and her work focuses on white resistance to civil rights, especially connections between Deep South segregationists and conservative/Radical Right allies across the country and world. Her first book, Resisting Equality: The Citizens’ Council, 1954-1989, is a new examination of one of the most widely known resistance organizations during the civil rights movement.

Rev. C. J. Rhodes is the Pastor of Mt Helm Baptist Church. He is the youngest pastor to serve Jackson’s oldest black congregation. He is also the Director of Religious and Spiritual Life at Alcorn State University and is the host of the C.J. Rhodes Show, airing on WRBJ 97.7 FM.

Dr. Rhodes is the Founder and President of Clergy for Prison Reform, Public Theologian in Residence for The AND Campaign, and the author of two books. He is the blessed husband of Allison, and together they are committed parents of twin sons.

Ms. Lambright earned her B.A. in English and Journalism from Tougaloo College and a Master’s degree in Public Policy and Administration from Jackson State University. She is a board member of the Center for Constitutional Rights, the Mississippi Veteran’s of the Civil Rights Movement and the New World Foundation. She is the proud mother of one son.

Von Gordon is the Youth Engagement Manager for The Winter Institute, where he develops and coordinates youth programs. He attended the University of Mississippi, where he was a student leader and helped organize the first Statewide Student Summit on Race. He served as a founding board member of The Winter Institute and the only student representative.

Von is the married father of three, and he is passionate about equipping youth to build stronger communities through education, empowerment, and racial healing.

Our Statement on Justice for Black Lives