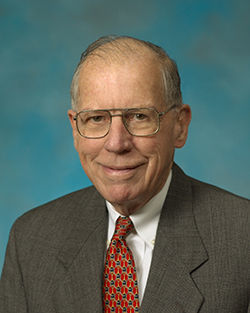 The William Winter Institute for Racial Reconciliation is relocating and moving away from Ole Miss after almost two decades on campus. Although the move is still in the early stages of the planning process, the institute announced that it is expanding its operations and moving to Jackson to become an independent non-profit organization in order to increase its service to the whole state.

Board Chairman Bill Bynum said the institute decided to relocate based off of former Gov. Winter’s vision to grow the organization to form a partnership with the Mississippi Civil Rights Museum and introduce more programs in the capital city. The institute does not know the specific location it plans to move to, but it does intend to operate independently.

The William Winter Institute will not be completely gone; it plans to continue to pursue reconciliation work with the university and other universities and entities across the state.

“The institute is evolving from the incubation at the university,” Bynum said. “The university did a great job of getting it on solid ground and getting the institution started. Our relationship with the university is positive, and we are evolving on good terms.”

The founding of the William Winter Institute dates back to President Bill Clinton’s Initiative on Race in 1997. The initiative had a seven-member advisory board, which Winter was a part of. The board traveled around the country and would hold conferences in different regions. The board decided to make a stop in Mississippi, and Winter suggested a stop at the University of Mississippi, his alma mater.

Winter and the board thought the event was so successful they decided to create a racial reconciliation center at the university. After two years of planning, the university founded the institute, and named it after Winter in 1999.

Even though Winter’s vision was to always expand the institute, it was started at Ole Miss because of his ties to the university and how much he respects it, Bynum said.

The university supported the decision to relocate to Jackson and thanked the institute for the work it’s done on campus.

“The university will connect and coordinate its activities in research, education and engagement around the issues of civility and race relations (with the William Winter Institute) under the leadership of Katrina Caldwell, vice chancellor for diversity and community engagement,” the university said in a press release.

Caldwell said she does not have any specific plans about the future of her department after the institute relocates, but she is working on strategies now to increase diversity on campus. She also said the decision to restructure the organization was the board’s decision.

“I think this move is positive for the institute,” Caldwell said. “They have done great things for racial reconciliation so far.”

Caldwell said she looks forward to watching it improve relations even more.

“I am proud that leaders at my alma mater, the University of Mississippi, had the vision to establish and incubate the Institute for Racial Reconciliation on its campus,” a press release from Winter’s office said. “As the Winter Institute positions itself for the future, we shall remain dedicated members of the university community.”

The Daily Mississippian was unable to get in touch with Winter at the time of publication.

Growing into the Alluvial Collective